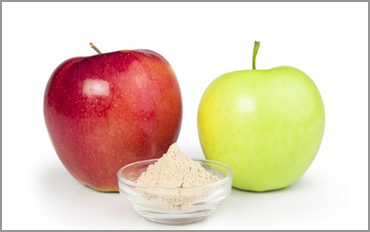 Pectin is a natural gel forming substance found in fruits and many kinds of vegetables. Main raw material for pectin is dry apple and citrus extracts from which it is obtained by adding dilute acid, then settles out, is cleaned with alchohol, dried, split and standardized.

Pectin is used in production of:

According to the level of etherification (SE) pectin can be divided into:

Jelly formed on the basis of high ester pectin shows no reversible property whereas that made of low ester pectin is thermoreversible.