DAL CIN company was founded in Milan by Dr. Gildo Dal Cin in September 1949. It opened the industrial branch of the so-called “oenological products”, by measuring itself into applied research and into the production of the whole range of oenological specialties.  In 1954 the main premises moved to Sesto San Giovanni (few km from Milan). Finally, in 2010 a brand-new factory was inaugurated in Concorezzo (MB).

http://www.dalcin.com/
During over 60 years of activities, DAL CIN company widen its activities of research and production, expanding its own markets in Italy and world-wide by establishing new factories and branches and by giving birth to domestic and international daughter companies.

Several innovation and patents issued by DAL CIN R&D have been real benchmarks into the history of modern oenology. From bentonites to metatartaric acid, from physical activators in alcoholic fermentation to the pre-dispersed filter media, the oenological science is studded by the several innovation introduced by DAL CIN. 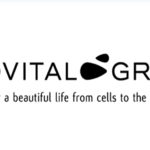 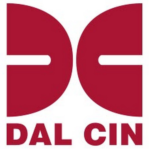